My friend Liz recently hosted a girl’s night to have dinner and watch a vintage movie. I absolutely love old movies, especially Alfred Hitchcock, so I was excited that her pic was “To Catch a Thief” with Grace Kelly and Cary Grant. 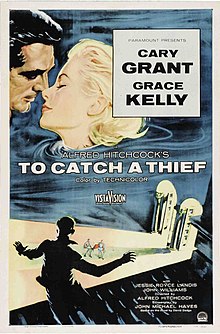 To Catch a Thief

To Catch a Thief is set in the French Riviera and is about a notorious but retired cat burglar, John Robie (Cary Grant), who has to save his reputation by catching a new cat burglar who is stealing jewels from wealthy tourists. When the police think John is the burglar, he meets up with his old gang to come up with a plan to catch the cat burglar in the act and clear his name.  He acquires a list of tourists on the Riviera who have the most expensive jewels and makes acquaintance with Jesse Stevens and her daughter Francie Stevens (Grace Kelly), who stars as his romantic interest.

When Jesse’s jewels are stolen, Francie accuses John of using her to get to her mother. She calls the police, and John gets away.  That night, he stakes out an estate to catch the cat burglar and is attacked.  As John struggles, the attacker falls off a cliff and dies.  The police announce that the attacker is the jewel thief.  John knows this is impossible as the man that died had a prosthetic leg and would not be able to climb rooftops.

Francie makes up with John and offers to bring him to a masquerade ball so that he can catch the real thief.  John, disguised as a Moor, switches costumes with one of his pals who dances the night away with Francie as the police watch their every move. Meanwhile, John waits on the rooftop for the cat burglar, who appears at the same time the police see him from below. John and the burglar get into a scuffle, and the burglar slips and dangles over the side of the roof.  John hangs on to the burglar as they confess to the police, and then John pulls the burglar to safety.  John’s name is cleared, and he goes home to be met by Francie, who convinces him they should be together.

Alfred Hitchcock makes his usual cameo appearance in the film as a man sitting next to John Robie on a bus as he is sneaking away from the police.  To Catch a Thief won an Academy Award for Best Cinematography in 1955.  The film is known for its iconic style, and the costume design not only made a significant impact on fashion at that time, but it also continues to influence fashion today.

These are two of my favorite classic and elegant looks from the movie. 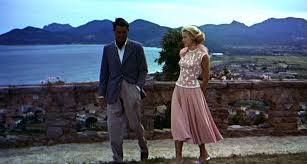 Stripes were a big fashion trend in the mid-’50s and were seen throughout the film.

French Movie Night – What We Wore

So, of course, my girls all got their french fashion on and wore stripes and scarves. 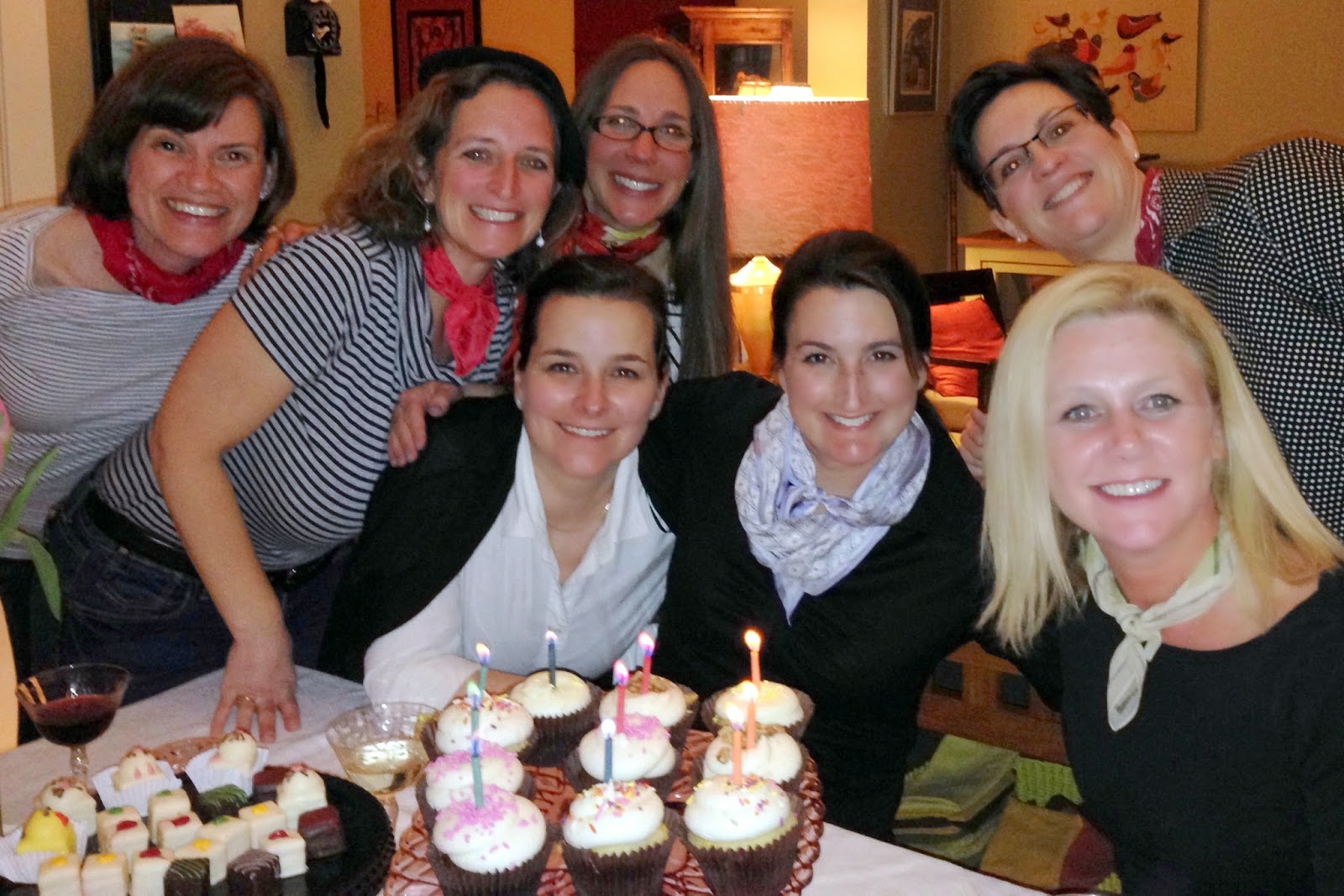 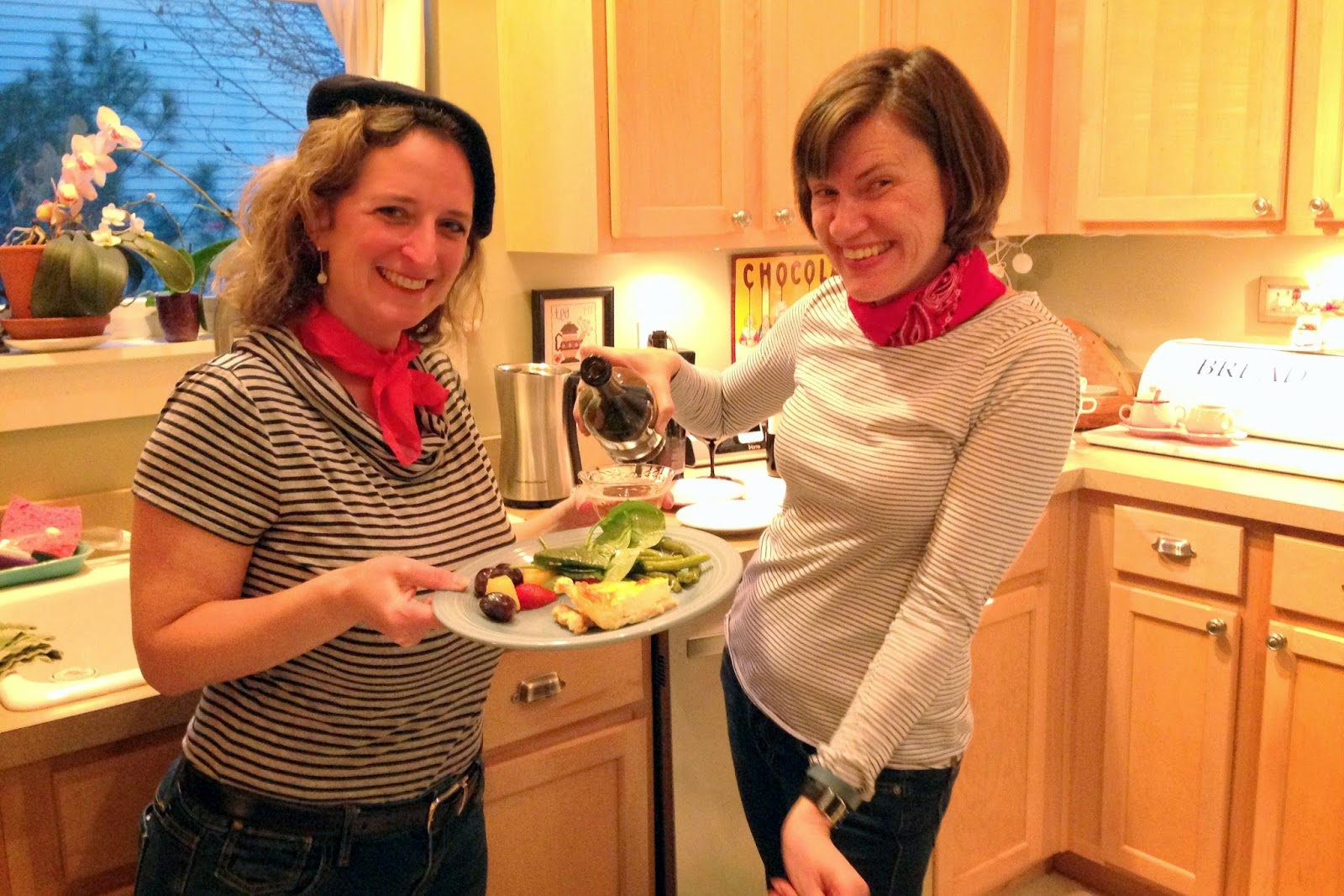 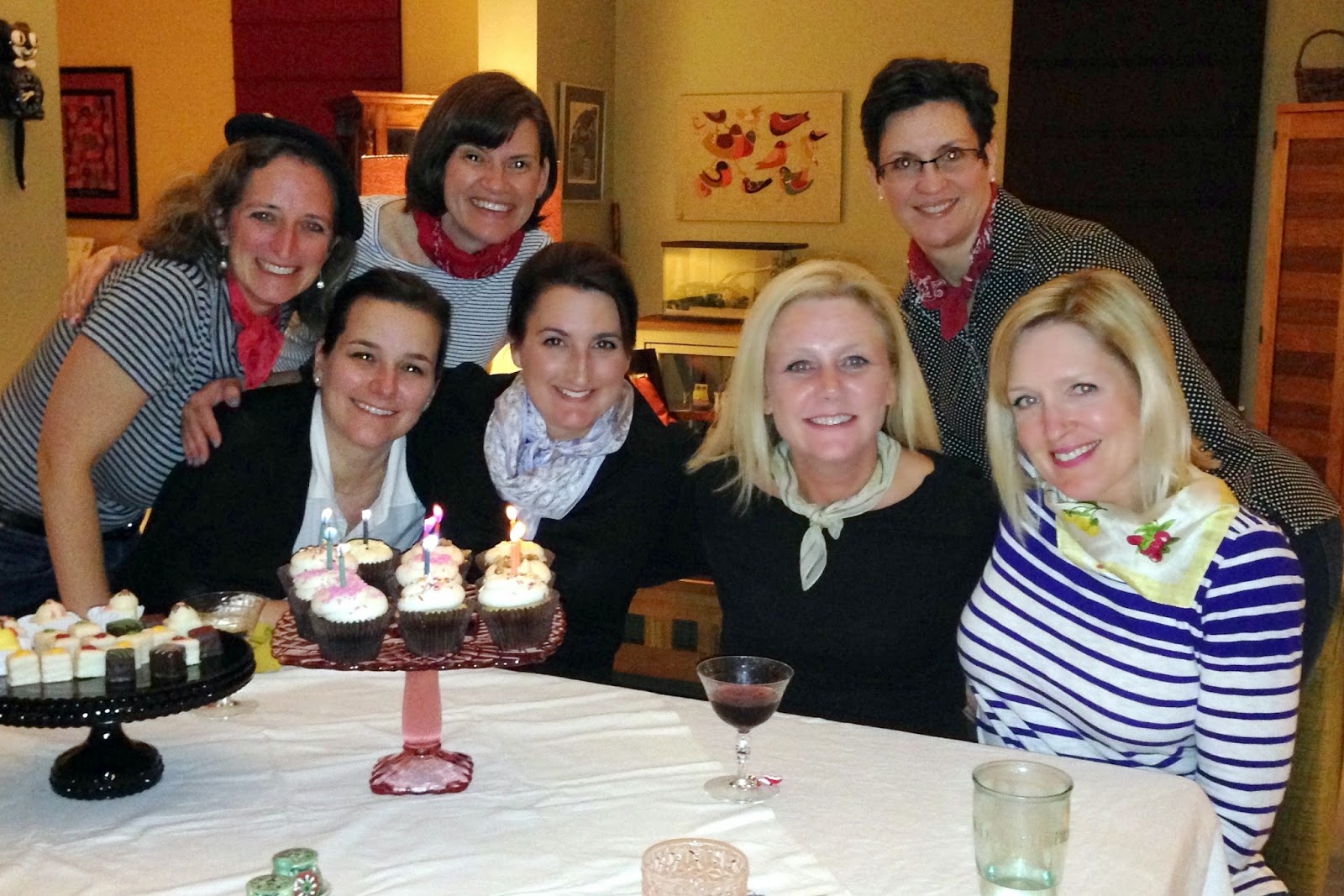 Dinner was a French menu of quiche, green beans, fruit salad, spinach salad, baguette and cheese, and of course, champagne!  Petifores were served for dessert along with cupcakes to celebrate our friend Susan’s birthday.

Such a fun night!  We already decided that the next movie will be Alfred Hitchcock’s The Rear Window, and dinner will be an Italian menu with spaghetti. 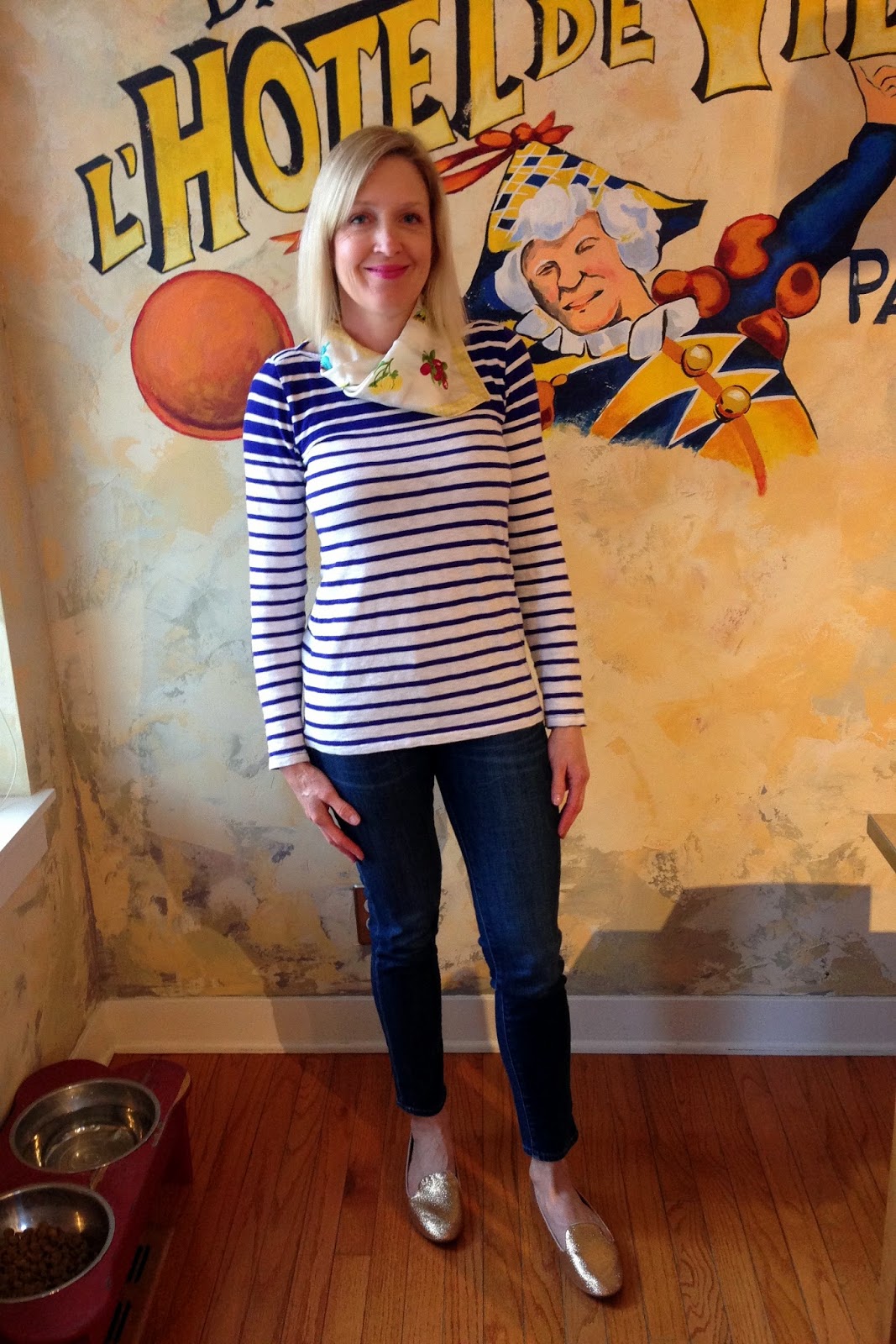 What are some of your classic movie favorites? Let me know in the comments!